Why TV Is Still A Good Way To Capture New Business

END_OF_DOCUMENT_TOKEN_TO_BE_REPLACED

Why TV Is Still A Good Way To Capture New Business

Most RIAs don't think of television as an effective marketing platform; the advent of the internet and the rise of social media offer more direct ways to reach your firm's target audience. But television can still play a role in marketing efforts — not with commercials, but with appearances on local news.

Most advisers think the "talking head" role is for national and cable channels like CNBC, but your local news can be a good way to establish your expertise and get your firm's name in front of a wider audience. This article from RIA Intel demonstrates the power of local television.

Logan Burgess is the lead financial copywriter at Marketing Wiz. In this role, he provides independent financial brands with conversational, educational, and actionable written content to engage advisors, clients, and prospects. 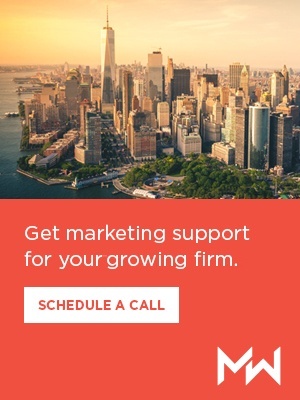 How Your Content Can Help Clients Think (Very) Long-Term

How Connecting Clients Can Benefit Your Firm

Regular communication between your firm's advisors and your clients is, of course, crucial to maintaining...
Logan Burgess Jan 4, 2021 9:45:00 AM

Keep In Touch With Us